Along with celebration of the first medallist of the Olympic Games in the history of Turkmenistan Polina Guryeva, which by the decree of President Gurbanguly Berdimuhamedov was given the title «Honoured master of sports of Turkmenistan» and also an apartment, a car Lexus LX570 Sport Plus and 50 thousand US dollars as gift, in Ashkhabad there also was held an warding ceremony of coaches.

So, coach of the section of weightlifting of the School of higher sportsmanship Ahmet Saryev was awarded the Order «Garaşsyz Türkmenistana bolan beýik söýgüsi üçin». 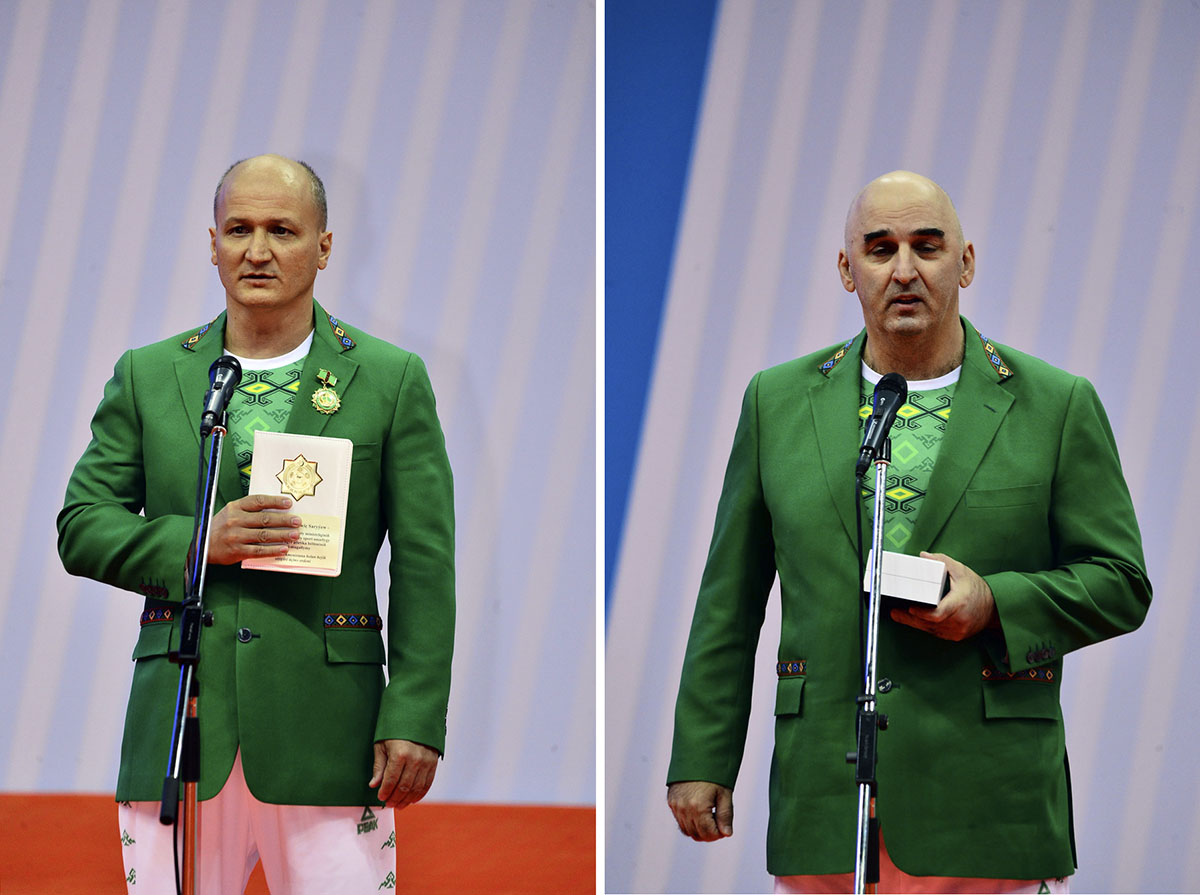 The gift was received also by coach of Polina, the representative of the same School, Arthur Emirian - for training of sportsmen who have become prize-winners in the Tokyo Olympic Games. And he was handed keys to Toyota Camry car. 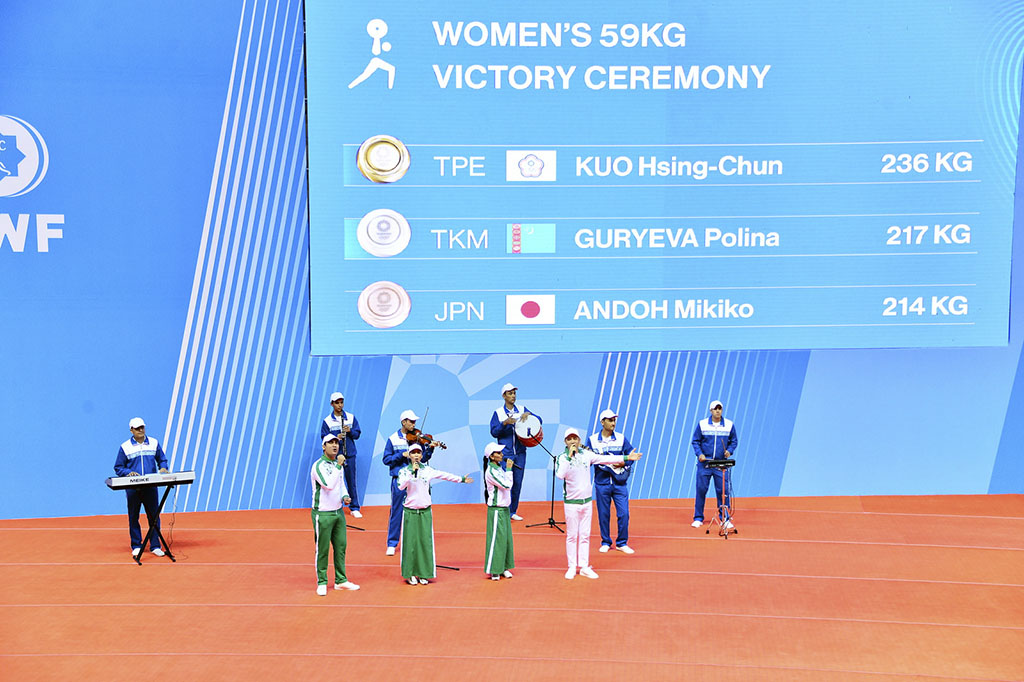 The celebration ceremony was held on Saturday in the Olympic town of Ashkhabad, with participation of Deputy Chairman of the Cabinet Serdar Berdimuhamedov who on behalf of the president handed awards to Guryeva and coaches of the national team.

Here are several shots from this memorable day: 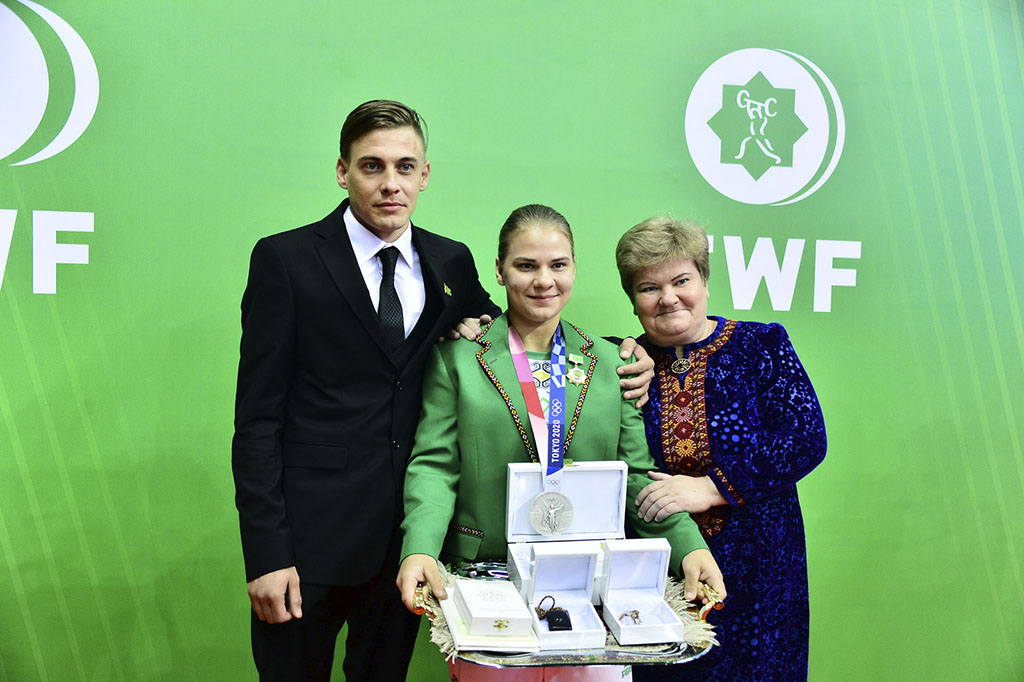 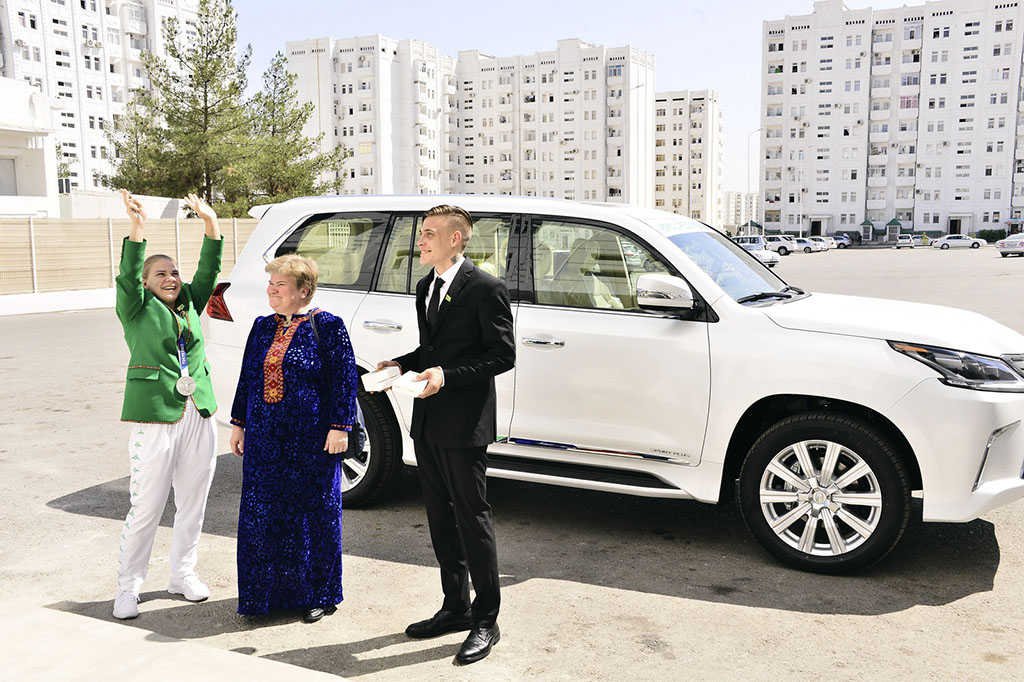