Today, a document was signed in the building of the oil and gas complex of Turkmenistan between the State Concern Turkmenneft (Turkmennebit) and Dragon Oil (Turkmenistan) Ltd., which produces oil and gas in the Turkmen sector of the Caspian Sea on the terms of a Production Sharing Agreement (PSA).

The meaning of the document is to extend the validity of the existing Production Sharing Agreement until May 1, 2035. The full title of the document is very cumbersome – "Supplement No. 4 to the Production Sharing Agreement on the Contractual territory of Cheleken, signed on November 10, 1999 (with amendments and additions dated October 29, 2009, December 22, 2014 and October 31, 2016)". 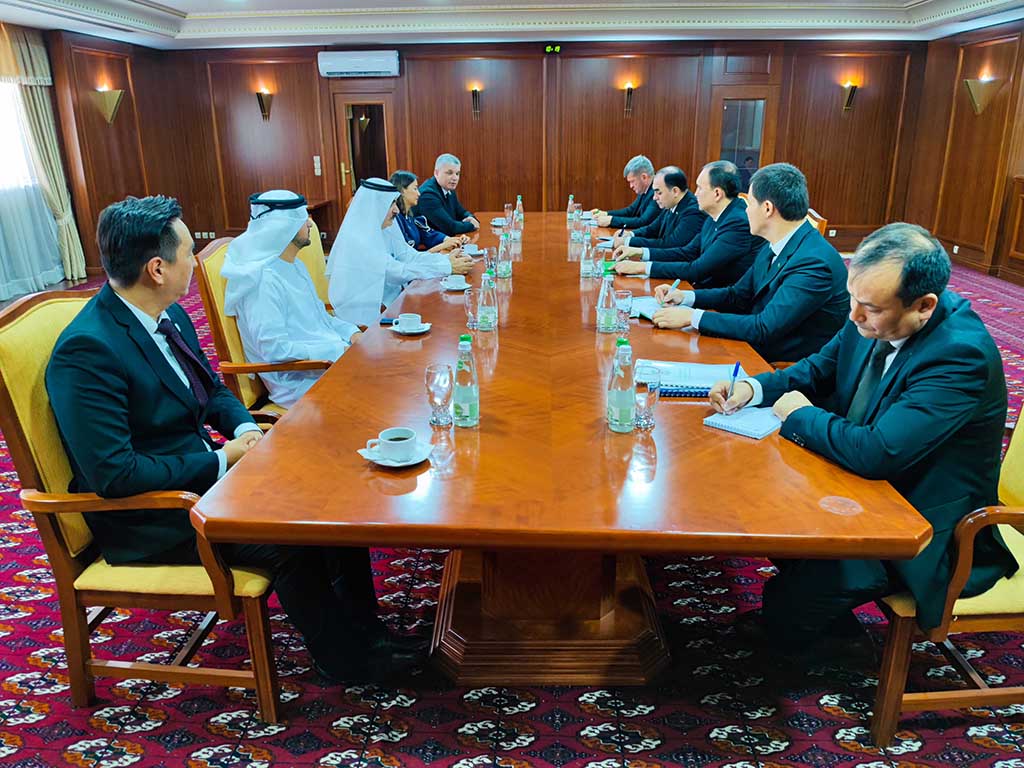 The signing ceremony was preceded by a small working meeting, during which the parties once again summed up the work done and identified the main vectors of further interaction.

At the end of the meeting, a contract signing ceremony was held. 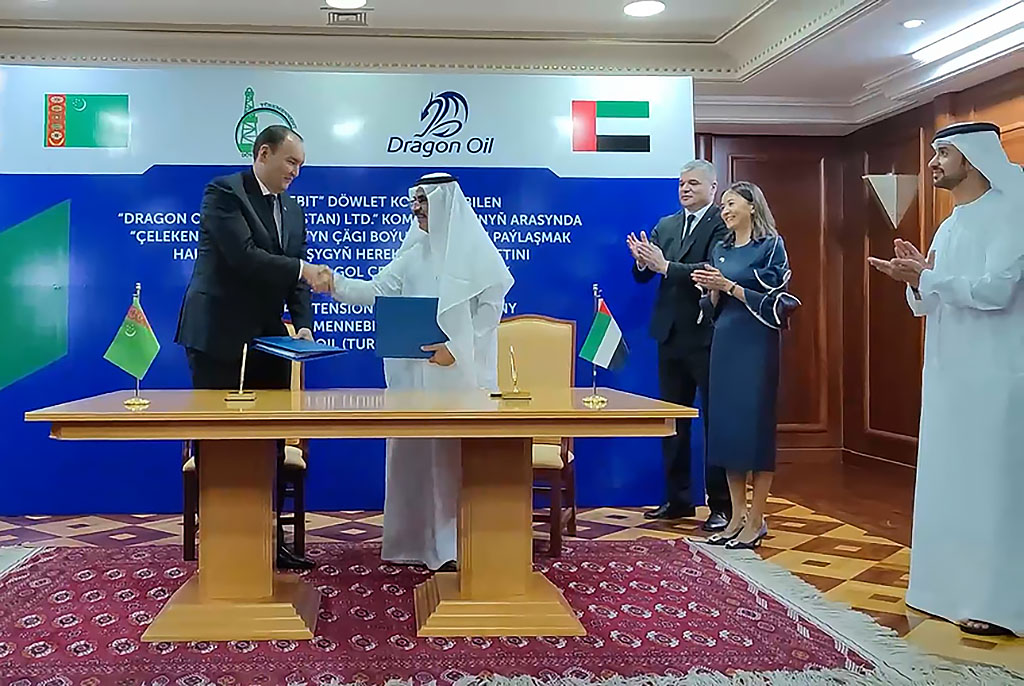 To the applause of those gathered, the chairman of the State Concern Guvanch Agadzhanov and the Chief Executive Officer of Dragon Oil (Turkmenistan) Ltd. signed the document. Ali Rashid Al-Jarwan.

At the conclusion of the signing ceremony, Mr. Al-Jarwan kindly agreed to answer ORIENT's questions. 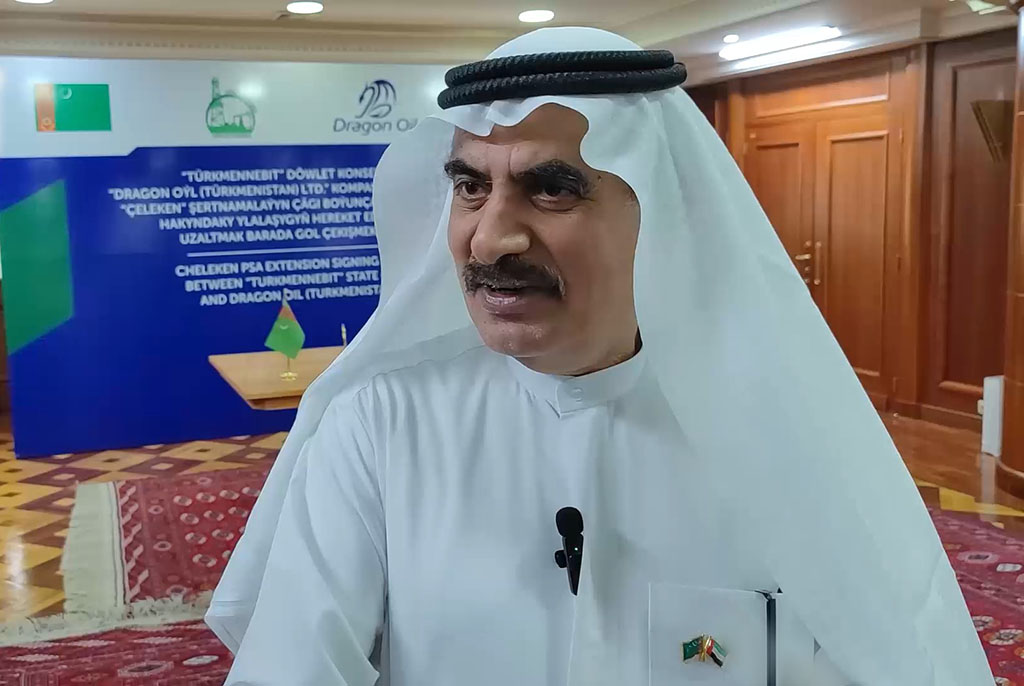 – First of all, we are grateful to the Government of Turkmenistan for the opportunity to extend the existing contract between Turkmenneft Group of Companies and our company Dragon Oil (Turkmenistan) Ltd. We are ready to continue the wonderful tradition of supporting each other. Both sides have been faithful to each other so far, successfully cooperating, and we will be happy to continue to interact with our Turkmen partners in the new conditions. Our company will work in the field of exploration and exploitation of oil and gas fields in order to further the prosperity of both sides.

Currently, we use the latest technologies in our activities to achieve more significant results in improving the efficiency of exploration and finding innovative solutions in the oil and gas sector. And this is a mutually beneficial process. The future is behind him. These are fulfilled hopes and prosperity that will serve everyone well. Even in these difficult times, we are becoming closer to each other as partners. And, as I have already said, we will achieve greater success by getting mutual benefits. 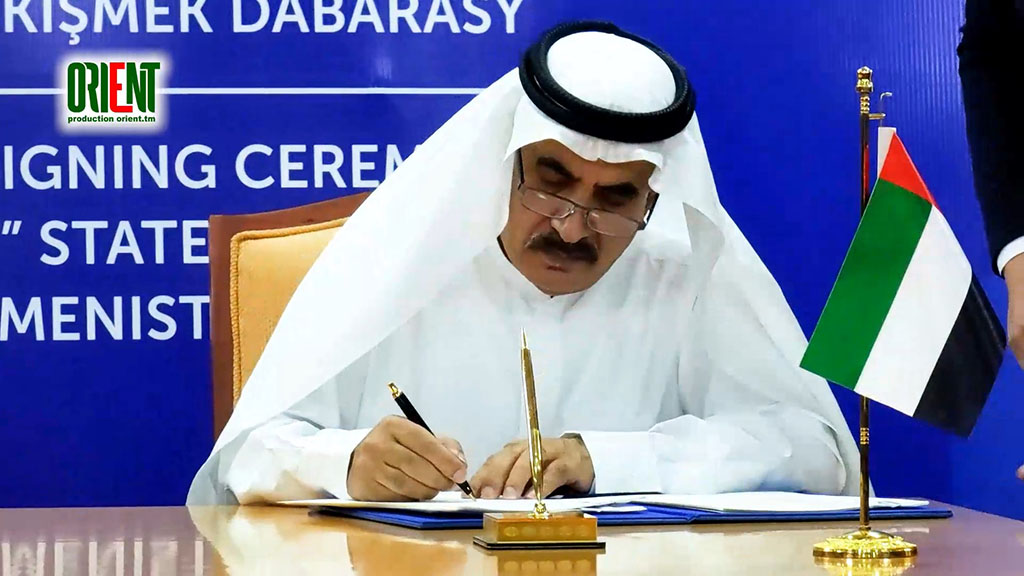 – Mr. Al-Jarwan, the Ashgabat Caspian summit was held yesterday with the participation of the presidents of five states. How do you assess the potential of the Caspian countries in the energy security of the region?

– I am sure that Turkmenistan is in its position, occupying a central place in the Caspian region, and is building new positive relations with everyone. All Caspian littoral countries have a unique opportunity to contribute to the cause of cooperation in the Caspian Sea. I consider Turkmenistan and Azerbaijan to be key countries in the Caspian project and I am optimistic about the future. I am sure that the most difficult time is over, and now we are learning to adapt to new conditions together. 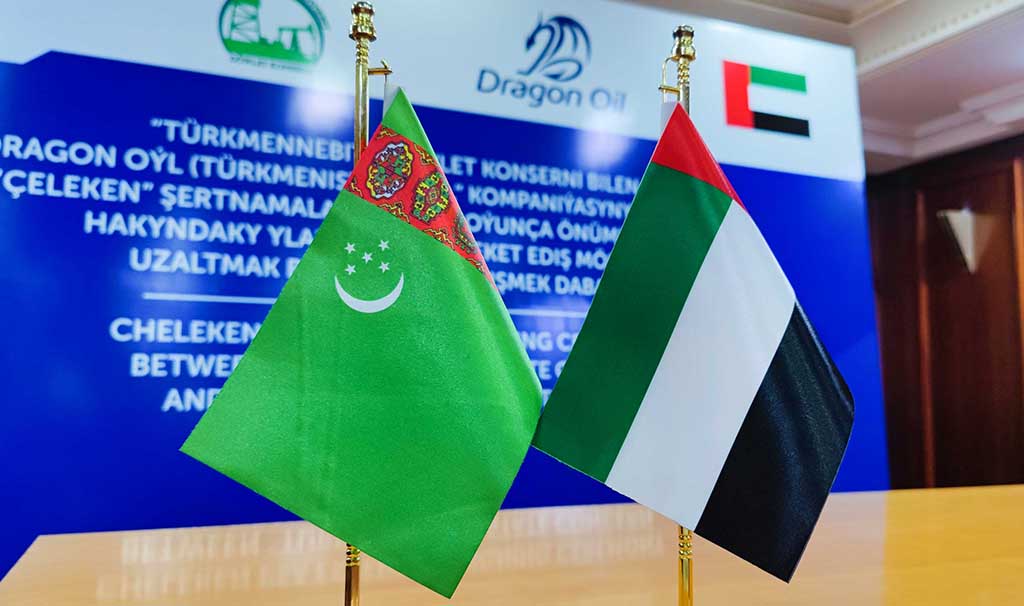 According to ORIENT in the State Concern "Turkmenneft", Dragon Oil (Turkmenistan) Ltd. mainly develops the oil fields "Jeytun" and "Dzhigalybeg". Over a period of more than twenty years, the company has invested over $8 billion in this project.

During this period, the company upgraded the existing infrastructure at the mentioned fields and built an additional one. 17 new wells were drilled at the Jeytun and Dzhigalybeg fields, and six of the existing wells were overhauled. In addition, three more new wells are being drilled.

The export potential of the company was increased due to the construction of new oil pipelines and oil storage facilities, which allowed two tankers to be loaded simultaneously at the Aladzha oil loading point.

The company, which employs over 2,200 people at its facilities, generously invests in training and advanced training programs for its personnel.